And what is on at the moment? We are doing the “certified” as well as our own prototype tests, and we are trying to continue the tradition of Czech and Slovak craftsmen of armament industry a bit. Our aim for the mag is to meet even the strictest criteria of “professional” as well as “amateur” users. The mags are produced in Slovakia and the Czech Republic, deliberately we did not decide for a low-cost production. Therefore, their price will be higher than the price of original magazines. However, they remain affordable because they are primarily determined for the Czech and Slovak market. The agreement with Gunexpert, that will have the exclusive right to distribute the magazines in the Czech Republic, is clear. The price will be published with launching the magazine on the market, and the production time is four to five months. What we want to offer is top quality not quantity. It will be a magazine that is nice and practical as if it has always been an integral part of your Sa vz. 58 - nothing more and nothing less. The whole production process – from testing, adjusting prototypes to testing mass-produced articles (with regard to their material, design, resistance etc.) needs money and time. What you can see in the following photos is final design of the mag and a photo of a working prototype fitted to the weapon.
for PTG
Vlado and Martin 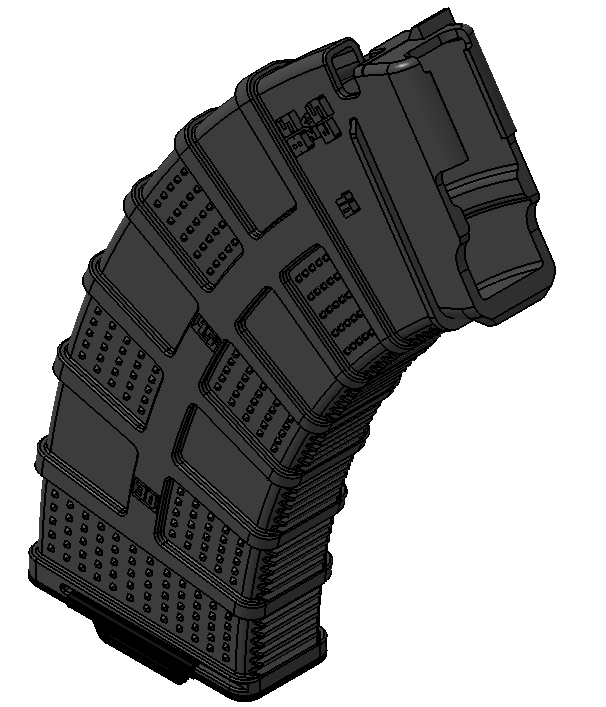